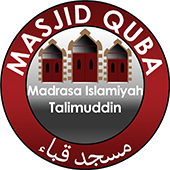 Narrated Ibn 'Abbas: The people used to consider the performance of 'Umra in the months of Hajj an evil deed on the earth, and they used to call the month of Muharram as Safar and used to say, "When (the wounds over) the backs (of the camels) have healed and the foot-marks (of the camels) have vanished (after coming from Hajj), then 'Umra becomes legal for the one who wants to perform 'Umra." Allah's Apostle and his companions reached Mecca assuming Ihram for Hajj on the fourth of Dhul-Hijja. The Prophet ordered his companions to perform 'Umra (with that lhram instead of Hajj). They asked, "O Allah's Apostle! What kind of finishing of Ihram?" The Prophet said, "Finish the Ihram completely.'

Narrated Asma bint Abu Bakr: We slaughtered a horse (by Nahr) during the lifetime of the Prophet and ate it.